Open-source software is computer software with its source code made freely available via a license in which the copyright holder provides the rights to study, change, and distribute the software to anyone and for any purpose.

“Source code” is the part of software that most computer users do not ever see. It is the code which computer programmers can manipulate to change how a piece of software – a “program” or “application” – works.

Although embracing open-source software can bring tremendous benefits, a company may also face a diverse range of issues

Issues which any company embracing open-source software may face:

At a very top level, these issues or risks associated with open-source software may be divided into the following categories:

This short paper explores each of these categories providing some real life examples.

A variety of legal issues may arise when a company opts to embrace open-source software.

Legal issues relating to confidentiality and data privacy may also arise. One company failed to include a data privacy clause in its end-user license agreement. Another company realised that a detailed security evaluation was required just before the launch of its new service because of open-source software usage in the SaaS communication.

Some open-source software engineers working on video-player technology have different and strong views within the community on which licenses should apply to the technology they have developed. Some sub-groups have forked or taken different paths in terms of how they want the project taken forward. Companies wishing to embrace this video-player technology from an open-source software perspective need to be aware of this schism.

Just complying with the terms and conditions of the associated open-source software licenses can be a challenge for some companies.

Just complying with the terms and conditions of the associated open-source software licenses can be a challenge for some companies. Companies wishing to ensure license compliance should sanity check that they have indeed included the scripts to control compilation and installation of the software code.

The reverse also applies. Companies should continuously sanity check if its suppliers are providing any products or services that you need to comply with specific open-source software requirements.

The legal obligation to indemnify the authors (“reverse indemnity”) in the event of a company taking up additional warranty or liability may also exist, for example Clause 9 of Apache v2.0. This obligation may not be applicable to all open-source software licenses but that is what a company needs to check for in the licenses that do apply.

A number of intellectual property issues can arise when companies embrace open-source software, such as with copyright and patent-related matters.

Firms often run into copyright issues when embracing open-source software, often forgetting to do the basics. Often they fail to put their own copyright notice there when their organization is the author of the source code. However, more often companies fail to include free and open-source software copyright notices of third parties and give proper credit to these third parties, along with the license information.

Anyone embracing open-source software needs to be aware that such licenses are considered as copyright licenses and not a contractual arrangement only. The effect of this is that when courts consider a copyright infringement, in terms of any statutory damages to be paid, the damages are generally higher.

Care is also needed to avoid the viral effect of open-source software licenses.

Software security is the idea of engineering software so that it continues to function correctly under malicious attack. Some open-source software code unfortunately poses security risks.

‘Heartbleed’ is a security bug disclosed in April 2014 in the OpenSSL cryptography library, which is a widely used implementation of the Transport Layer Security (TLS) protocol. Heartbleed may be exploited regardless of whether the party using a vulnerable OpenSSL instance for TLS is a server or a client.

In early 2015, a bug titled ‘Ghost’ was found. It is a ‘buffer overflow’ bug affecting the gethostbyname() and gethostbyname2() function calls in the glibc library. This vulnerability allows a remote attacker, who is able to make an application call to either of these functions, to execute arbitrary code with the permissions of the user running the application.

Just like software design, development, test and release with proprietary software code, open-source software can also pose some operational type issues to companies. One company found that the open-source governance tool’s DB was outdated and the vendor in this case needed to update recent released packages in Git.

Another company found that its engineering team was manipulating a source code scanning tool in order to bypass its own open-source software checks.

If a company is contributing open-source code back into the open-source community then is that company hosting the source code on a server that it controls and operates, or is that server operated by a third party with whom there is an explicit arrangement in place?

Some firms concentrate so much on the module or program itself, that they neglect any associated software tools…

Software tools can sometimes pose some operational challenges. Some firms concentrate so much on the module or program itself, that they neglect any associated software tools which may also be governed by the same open-source software license.

Open-source software, if not handled properly, can have an adverse impact on the business.

One company discovered that due to a GPLv3 license violation, one of its products which was about to be launched into the market would put its own IP at risk. Its engineering team was thus tasked to replicate the remediation steps provided to it by its open-source software compliance team, greatly delaying the launch of the product.

Another firm recently went through a major M&A deal and acquired another company. However its ‘due diligence’ exercise greatly increased in scope when it realised that the company it was acquiring had ten different software products in the market, all using a variety of open-source software with associated licenses.

Another company going through a complex M&A deal recently flagged up a number of issues during the due diligence process which all related to open-source software:

Within this section on business related issues, I should also include the impact on the reputation or goodwill of a company arising from any copyright and/or patent infringement.

Open-source software brings both value and risks, and these risks need to be understood, appreciated, and then mitigated.

However, open-source software brings both value and risks, and these risks need to be understood, appreciated, and then mitigated.

There are a number of tools available to help companies identify open-source software related issues. However, the usage of say a source code scanning tool alone does not satisfy compliance check requirements. No tool currently in the market will identify all of the examples highlighted in this paper. There must be specialized and skilled human intervention in order to ensure comprehensive compliance checks have been conducted in any organisations embracing open-source software.

I trust that this short paper shines some light on the legal, intellectual property, security, operational, and business-related risks which open-source software can pose to companies. 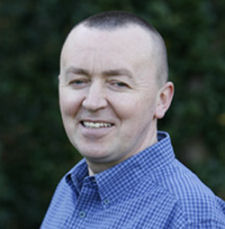 Donal O’Connell is the Managing Director of Chawton Innovation Services, a firm which offers consultancy in the areas of innovation and intellectual property management, and also licenses a number of IP software solutions to clients. Previously he enjoyed a 21-year career at Nokia, where he had such roles as VP of R&D and a Director of IP.

He’s an Adjunct Professor at Imperial College Business School in London, teaching about IP management. He is also the author of two books, “Inside the Patent Factory” and “Harvesting External Innovation”, along with hundreds of papers which have been published in magazines, websites, and blogs around the world.