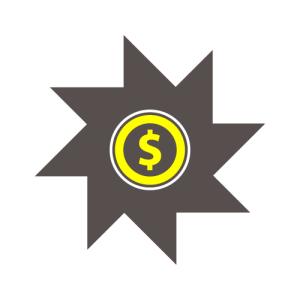 As many of you may have seen via @TechTrailblaze, we are delighted to be announcing the 2015 Tech Trailblazers Awards shortlist this week! It was an incredibly close competition, and we would like to thank all entrants for their patience and for putting their fantastic enterprise tech innovations forward!

So as the time quickly approaches to announce our 2015 finalists, we catch up on some of last edition’s winners to find out their latest and greatest achievements of 2015…

First up is Parstream, who wowed the judges in the Big Data category with their analytics database, and soon after, their innovation was recognised by Cisco with an acquisition taking place in November 2015. Cisco was impressed with Parstream’s offering, for its “distinctly small footprint” and speed; filtering billions of records instantly and allowing customers to access data quickly. In a recent announcement following the acquisition, Cisco said “The ParStream acquisition complements Cisco’s data and analytics portfolio, enhancing Cisco’s ability to provide deep analytics at the networks edge, where data is increasingly being generated in huge volumes.”

Also on the up are Cloud Trailblazers SimpliVity who after winning the cloud category raised $175M in Series D funding in March 2015, from customer turned lead investor Waypoint Capital. SimpliVity secured this funding after transforming Waypoint Capital’s IT infrastructure across five global sites, capturing their attention from an investor perspective. In a related press release, Waypoint Capital described SimpliVity as “technologically superior” and “years ahead of the market”. SimpliVity are now valued at over $1BN – incredible progress in the space of a year!

Another notable trailblazing success comes from last year’s Security Winner, US-based ZeroFOX who secured $27M B-level funding with their innovative approach to social media cybersecurity. Throughout 2015 ZeroFOX continued to grow and further establish themselves as security and social media experts, with backing from numerous investors such as Highland Capital, Silicon Valley Bank and several others. Corey Molloy, general partner at Highland Capital and new ZeroFOX board member said “ZeroFOX has perfectly positioned and proven themselves as the social media cyber security experts. I am confident that ZeroFOX’s exceptional team and technology will define and dominate this quickly developing market.”

If you’d like to know more about all of last year’s winners, the full list can be found at http://www.techtrailblazers.com/competition-winners/winners-2014/ .

It goes to show how much of a difference a year makes for further success, and we look forward to announcing the 2015 finalists this week and following their success stories throughout 2016 and beyond.

Stay tuned on this year’s updates and other startup related goodness at @Techtrailblaze!