In the first of our #ThrowbackThursday interviews with trailblazing Winners and Runners Up from over the years, we catch up with Fedr8, a cloud computing business based in the UK and one of Tech Trailblazers 2014 Runners Up. In its fourth year, Fedr8 specialises in application testing against public clouds. We talk funding, latest tech trends and startup challenges with Fedr8’s CTO Rhys Sharp and Chairman Damion Greef. 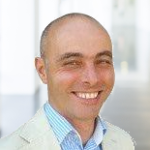 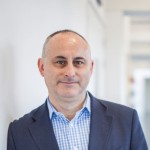 RS: Fedr8 formed about four years ago predominantly as a consulting company, but we were “born in the cloud”. Initially, we used the cloud and only worked around cloud computing. After being successful with client work we realised we could automate some of the processes we were delivering as consultants.

Just over 2 years ago we pivoted the business to become a software business and that’s where we are today. We’ve been developing our application analytics software suite for about two years now, and it went fully live in March this year. We’re now delivering to customers and other developments are ongoing.

RS: The solution itself has been an ongoing development; we’re constantly adding new functionality. In the last year we’ve added a cloud compatibility assessment, which can assess an application against 1 of 10 specific public cloud platforms. This is an extension of the analytics on the application – overall the application suite will be testing it to see its integration, its security and also for efficiency. The cloud compatibility assessment takes the integration and tests it against a specific cloud.

DG: In the last year we’ve extended the number of clouds we’re testing against and have added a couple of languages in to the support. We’ve gone from testing to providing to some very large global footprint businesses that have come to us to find a solution to their problems.

RS: We’ve actually had a customer refer to us as “software archaeologists” as we look into legacy apps with deep insight.

RS: There are companies that do things similar to what we do, but the way in which they do it is very different to us. By using cognitive technologies and machine learning, we can quickly and easily extend our capability beyond where we are today and we’re more flexible with what we can do. The closest competitor to us supports 2 languages and 2 clouds, we support 7 languages (and we’re constantly extending those), as well as 10 clouds. It’s a machine learning process that allows us to do that.

DG: We spoke to a company this morning, they have a partner that can assign people, technology and application analytics to address a problem and their fastest turnaround is a week. It’s interesting because those analytics still don’t come out with the depth that ours do – and we can produce these results within 24 hours, without needing any workforce of people either.

DG: There’s not a specific sector that we think our software suite is best suited for, but clearly out in the market the ones suffering the most pain and speaking to us about that are companies in the financial services industry. Also public sector organisations have significantly invested in specialist applications. Our software isn’t specifically attuned to meet either of the above but these are clearly key areas where there’s a need for it.

RS: We are seeing a maturing with providers and their offerings. At the moment we are seeing a lot of activity around machine learning, AI, and the Internet of Things, but what’s also happening is larger enterprises realise that cloud is here to stay and is mature enough to use.

DG: So they’re now setting out their journey to start using those cloud computing platforms. We’re also seeing a continued narrowing of the market, with hyper scale providers such as Google, Microsoft and Amazon who are leagues ahead of everyone else, as well as reactive players such as IBM, HP, VMware, followed by regional hosting providers who are changing their delivery models completely in order to evolve.

RS: With artificial intelligence, it’s one of those overused and misunderstood phrases. There’s a lot of hype and fear around AI, but we’re a long way from real use of it.. However, people are still struggling to understand how they can use it practically, as well as the data and what exactly is being collected.

DG: I reference it often! Lots of the people I’ve spoken to over last 18 months want some validation around our offering. I reference the Tech Trailblazers Awards on a regular basis and it helps in terms of that validation and reputation of our offering and brand.  Your judging panel also brings gravitas.

DG: We are raising money – much quicker than expected! We’re very happy with the way things have gone.

R: We’ve also had an inbound enquiry based on the fact we’ve been recognised in the awards.

DG: All startups would say the same thing – funding and cash flow. It forms the driver for every waking minute of your day, until you get enough people interested in what you’re doing! The sales come after this.

RS: The other thing is talent – finding people who have the capabilities we need.

RS: It will cost you more than you think. It’s cost us more than we thought to get to where we are. You’ve also got to be extremely focused on what it is you’re trying to achieve. We’ve been through phases of building and doing everything at once. You have to break it down and focus really hard on the specifics and make your offering fantastic.